Get a Younger Brain

You Get The Money > BLOG > Others > Get a Younger Brain 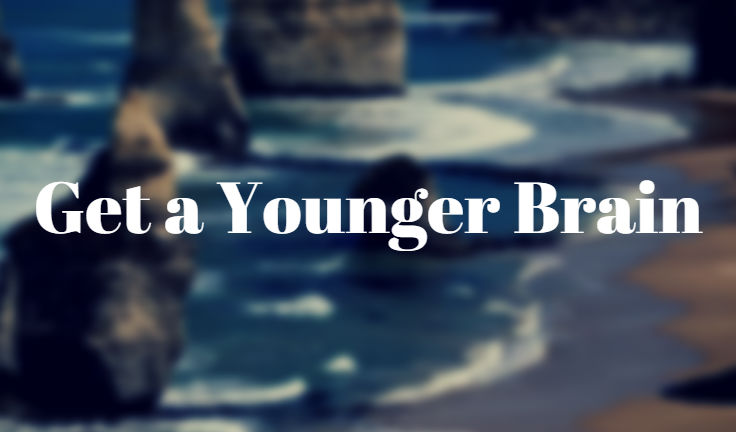 Get a Younger Brain

Eat Right and Get a Younger Brain

We are growing to much older ages now, as a result of modern medicine and health attitudes.

This also means the incidence of health problems in the brain are on the increase.

Our bodies get older but our mental efficiency declines.

Of course our genetic heritage has an effect on our brains and health but it is far from everything.

What Can We Do?

This knowledge is still young since the brain is still complex and mysterious. We are finding out more about it every week.

It is certain that Diet and Lifestyle have a major influence on the state of our brains. The evidence for the effect of diet becomes apparent when we look at different countries and their mental health in old age.

What Do These Countries Have in Common?

Although these countries are far apart, they do have certain things in common. There are aspects of their diets, what they eat on a regular daily basis.

This seems to be a non-traditional view of dieting, yet the evidence is so strong. Iron is found in red blood cells and is necessary for the production of them. Hemoglobin carries oxygen round the body and is a vital component in the red blood cells. We need iron but in decreasing amounts as we get older.

In the developed world we get too much iron. This is OK for younger people; when we get older; we do not need so much. Young people need more iron.

It is believed that, as we get older, our bodies produce more things like plaque which is believed to be the substance that clogs up and destroys brains in some forms of dementia. The plaque causing Alzheimer’s has been identified and photographed in high level scans.

As we age our bodies ability to clean and maintain itself slowly atrophies. Our bodies have little ability to rid itself of excess iron and this can, over time, effect and damage the waste disposal sections.

So What Can You Do?

The common factors in the three country’s diets also include much lower levels of red meat.

The levels of iron in those countries are much lower than other countries such as the U.S.A. and the U.K.

One of the biggest problems is the high levels of added iron in pre-processed food. This is especially true in white flour. In many countries, iron enrichment is compulsory, by law. Denmark and Sweden have changed their laws regarding iron enrichment. It is important for younger people but can cause an excess of oxidation or “rusting” in older people.

It has generally been believed that carbohydrates played a major role in the increase in diabetes. There is strong evidence now that red meat has an even bigger effect.

Should you stop eating red meat and processed fortified flour? No.

If you are in a susceptible age group, you might consider cutting back on iron fortified foods, (wholemeal flour is rarely iron fortified.) You might also consider spreading your intake of meat protein to include more white meat, fish etc. Everything should be in moderation.

Before you make any large changes you should always consult your doctor.

Is there Anything Else I Can Do?

Yes. There is also a lot of evidence to support the concept of the brain functioning like a muscle. If you stop using it, it will struggle to work so hard.

The Track in the Woods

Our memories work like a track in the woods. As more animals and people walk up and down it, it becomes wider and deeper and more evident. It becomes so good that it is easier to see and quicker to traverse. The more you use your memory, the stronger it becomes.

Just like the path, there are also other ways of getting to the same place. There are many different ways to remember.

So You Want a Younger Brain

Remember, please. If you are considering changing your diet radically: consult a doctor or a nutritionist first.

Brains are important and have been neglected medically because of their complexity and a lack of knowledge. With modern scanning methods and blood analysis, we are finding out magical things about our brains and destroying old myths.

Take care of your brain, it is the only one you have and must last you all your life.

Read More: Be Assertive When Complaining