You Get The Money > BLOG > Chrismas > Christmas Door Decorations 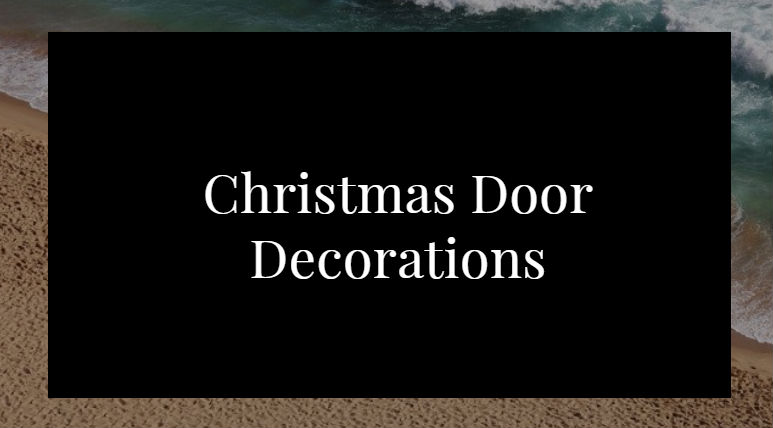 Throughout Western Europe it has been a tradition to decorate front doors at Christmas.

In the UK there is a tradition of wreathes made of thin fir-tree branches and holly.

The Wreaths can be made of different evergreens and sometimes the dense green of the pine needles offset with red berries.

The Scandinavian countries seem to have developed the art of Christmas door decoration to an artistic delight. They use frosted hydrangeas, holly and often mix in some of the more traditional Scandinavian traditions of “Nisser.”

There is a wealth of pine trees in the northern countries so pine cones figure heavily in the intricate wreathes to be found. 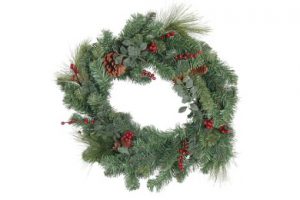 Traditionally, Santa needs a large number of assistants to help him make and deliver all the presents at Christmas. These assistants, usually referred to as Nisser Men, come in small sizes and can resemble mini Father Christmases or trolls or something in between.

By reputation they live in our houses leading up to Christmas, usually in the loft. They come down at night to wreak havoc by moving things around and making things disappear, unless you leave some rice pudding and mulled wine in the loft for them to consume.

If anything goes wrong or missing during advent, it is usually the Nisser who are at fault.

In the house, as part of the decorations they are to be found peeking round picture frames, climbing up rope ladders and generally keeping an eye on the inhabitants to make sure they are having fun and enjoying Christmas time.

An interesting variation in Germany is a plaque over the door with the letters: ”C + M + B” which stand for the three Kings names and also for “Christus Mansionem Benedict.” This means “Christ Bless This House.”

Some Eastern Christians celebrate Christmas according to the Julien Calendar which places it 13 days later than most western churches.

In the UK they celebrate Christmas day on the 25th of December. Most other western Europeans celebrate on Christmas Eve, the 24th. Dancing round the Christmas tree and singing Christmas Carols is traditional on the eve of the 24th. In the UK and the USA people go round from house to house singing carols outside the front doors. They often collect money for charity.

The Star of Bethlehem sits importantly in the Christmas story so Scandinavians sometimes have some beautiful Star decorations hanging on their front doors.

The light in northern countries is quite special in the winter and the days are very short so stars hanging in windows or glass doors are quite common. Almost to catch as much of the daylight as possible in the few hours the sun is shining.

In Denmark, the red heart is symbolic of the country so hearts made of paper or ribbon are often found in exterior door decorations.

Eastern Churches often follow the Julian calendar and celebrate Christmas 13 days after most western ones. 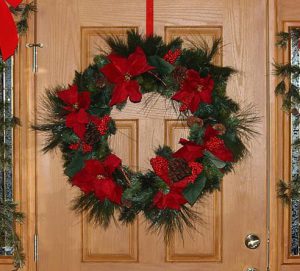 It is a wonderful greeting for people to see something warm and friendly on the outside of the door as they approach your house. It says: Here are people greeting other people at this time of celebration.

The word “wreath” probably comes from the English word to twist. Evergreens are twisted into a circle to form a wreath. The wreath is never ending and represents the concept of eternity. The winter solstice in December is the turning point of the year. The days become longer and the nights shorter and life continues.

Roman citizens used wreaths to denote power and seniority and wore them like crowns. On doors and street displays they symbolised “Victory.”

Today they are used as greetings to anyone who passes or comes to your door.

Read More : The Best Special Christmas Gift for Everyone