You Get The Money > BLOG > Chrismas > History of Christmas 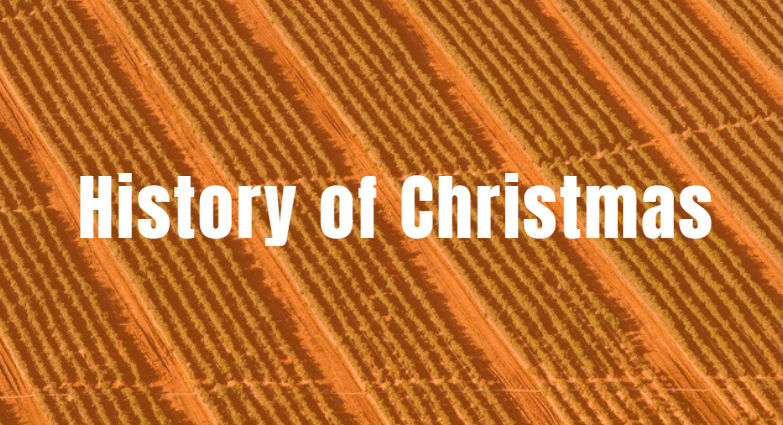 The Origins of Christmas are strange indeed.

Christmas is a fascinating time. It is full of traditions and deeply rooted into the Christian Psyche.

Christmas is full of activities and celebrations which appeal to adults and children alike.

The traditions behind Christmas are not completely the same all over the world. In fact the history of Christmas goes back long before Christ was born. It follows a very old tradition of borrowing the good bits from previous cultures and religions and adapting them to the new religion. 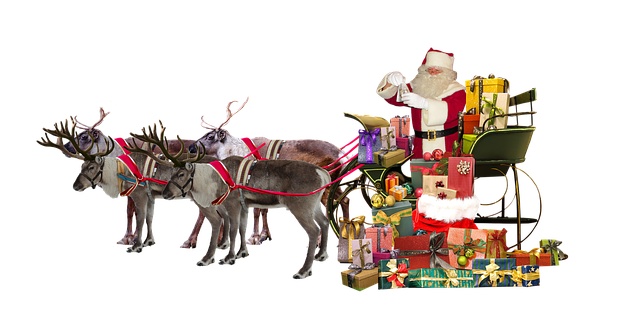 What Does Christmas Mean?

The words seem to have their roots in “Cristes Maesse” the festival or Mass of Christ, Christ Mass. (Old English. ) This name seems to date back to before 1038.

Mass is usually associated with death of some kind so the name is a bit strange although it IS about Christ and it is a celebration.

Date of the 25th December

A lot of old religions and beliefs related to the sun and the winter solstice of the 21st of December when the sun begins to return to the northern hemisphere, has often caused celebrations.

The middle of winter when little farming could progress and food was beginning to run low and. Of course, spirits began to ebb, is when community get-togethers were most needed. The reason for the festivities was not always so important. When Christianity began to spread and it was necessary to celebrate the Birth of Christ, to borrow an existing festival and adopt it to Christian use seemed a wise move.

There had been week long Roman festival of Saturnalia which ended on the 24th December and this may have been the reason for the use of the 24th / 25th as a festival date.

There are many conflicting accounts of when Christ was born. The calendar and time measuring was often inconstant and attempting to translate the, often indirect, references to Jesus and his birth were complicated. His Birth date has been claimed to be in many different months of the year, depending on who one believes. Written records were not prevalent in those days.

Whether it is of any significance or not is debateable. That is the date chosen and agreed on by most Christians and so they come together, at the same time, to celebrate what is one of the most important events of the Christian faith.

To the Romans it was a week of partying, eating vast quantities of food and running around the streets naked. This does not fit in with Christian mores, of course, although it is possible that the celebrations were modified over time and left us with celebrations and Carol singing in the streets. Christians are very adaptable.

One other rather strange custom was making people shaped cakes or biscuits to eat during the festival; the modern version may well be that of gingerbread men.

.This link to Saturnalia goes back to the 4th Century and may have been an attempt by Church Leaders to “tame” the debauchery of Saturnalia and make it more respectable.

It has to be said that there are a number of disagreements regarding the links of Christmas with Saturnalia and the worship of the sun. Remember that our known western world was pretty much dominated by the powerhouse of Rome in those days. It may have been easier to slowly adapt the Roman customs to Christianity than to confront and contest them.

Pagans worshipped trees and had customs linked to trees and forests. They often bought evergreen branches and even trees into their homes. These were often used inside and outside for decorative purposes.

There are strong links to Scandinavia and Germany here and the modern concept of Christians bringing trees into their homes probably began around the 16th Century in Germany. Martin Luther is credited with this influence and Queen Victoria’s Albert is credited with introducing the idea to Britain.

The tradition of giving presents at festivals and celebrations is probably as old as mankind; the ultimate present being a sacrifice, as you will find in the Bible.

Land owners and noblemen often received offerings or tithes from the general populace and the links to gift giving amongst all people was probably started by St. Nicholas, the original Santa Clause.

In 1843, Sir Henry Cole sent the first Christmas cards. Only a few, about a 100 were made. They had three panels and were expensive. The cheap postal service, introduced soon after, encouraged printers to take up the custom for ordinary people.

Cards became more popular as the cost of printing and postage dropped. The custom spread to Germany, Scandinavia and quite quickly to N. America.

Images have changed over the years but snow scenes and Robins often feature in them.

This is an incredible story. Nicholas was born in the 3rd century AD. He came from Patara in, what is now known as, Turkey. It was called Myra, in Asia Minor, in those days.

He became a Bishop and was known as a rich philanthropist. He must have made a powerful impression because his name was taken to Scandinavia by the Vikings. His bones were stolen and taken to Italy and his reputation for giving gifts has survived over a thousand years.

St Nicholas’ eve is 6th December and many countries celebrate with “Kris Kringle” events on this day.

St Nicholas was definitely generous and was reputed to have helped a poor merchant by giving gold to his daughters to help them get married. The gold was slid down the chimney by Nicholas and accidentally landed in wet socks hung up to dry. The legend of Father Christmas down the chimney and Christmas stockings was born.

His red outfit is probably the colour of a bishop’s robes in the time of St Nicholas although historically he has been known to wear many other colours.

St Nicholas is said to be the patron saint of children and mariners.

Nicholas was called a Saint before the 10th Century and is accepted as a saint by the Catholic Church today.

“Sinterklaas”, a Dutch name for Santa is probably the origin of the name we use today. Sinterklaass is a contraction of Sinter Nikolaas.

Many really old traditions come from Scandinavia and the Mistletoe is one of them. Druids were reputed to use it to poison their enemies. It has been used as decoration with evergreen branches for centuries.

The custom of kissing under the mistletoe is probably a derivative of the Saturnalia custom of sexual debauchery, later modified by Christians. It may have come from an old Scandinavian custom which relates mistletoe to healing of various ills.

The Scandinavians loved St Nicholas, perhaps because of this links to sailors. Iceland, at one time, had more than 30 churches dedicated to St. Nicholas.

Finland has a northern part, called Lapland that is almost perpetually snow. It has developed as a custom that Father Christmas, with his sleigh and pulled by reindeer, flies through the sky distributing gifts. He climbs down the chimney and places the gifts in hanging stockings.

In many cultures Father Christmas has assistants, elf-like creatures that help him with these duties.

Originally from the 14th Century, it was called “frumenty.” It had a very different mixture from today.

Frumenty was made of mutton, beef, fruit (such as dried fruit) spices and wine.

Today the meat has been replaced with suet and even that has gradually disappeared.

“Figgie Pudding” or “Plum pudding” eventually had more fruit and ended up being served with brandy or liqueur which was lighted just before serving; “Flambé.”

The English for dessert is “pudding” and thus the name evolved into “Christmas pudding.”

It is best made some weeks before using and allowed to soak up the alcohol and flavouring.

Probably brought back to England by the Crusaders from the far east. They were large and contained a mixture of meat, suet, fruit and lots of spices.

The spices were relatively new to the English. The Victorians eventually reduced the size and left out the meat. Today the traditional recipe includes dried fruit, suet and spices such as cinnamon, nutmeg etc.

Edward the VII the made eating Turkey at Christmas a tradition, although, all across Europe, eating Goose, turkey or Peacock was traditional at feast times.

Turkeys did not come from Turkey but probably from S. America. When they were brought to British shores, they were a much cheaper form of “fowl” than goose, peacock or swan.

There are many traditions associated with Christmas. Most of them have roots in ancient customs. That is how life should be. The greatest of the traditions is the one of giving to others; brightening up people’s lives and making them feel special. What you give does not need to be big or flamboyant. It may be some of your time and attention. Even to listen to another is a gift.